I am overjoyed to announce that the 2nd edition of my book Code: The Hidden Language of Computer Hardware and Software will be published by Pearson on August 19, 2022. As you can see, the covers of the two editions are nearly identical except that the 2nd edition uses the “dark mode” option: 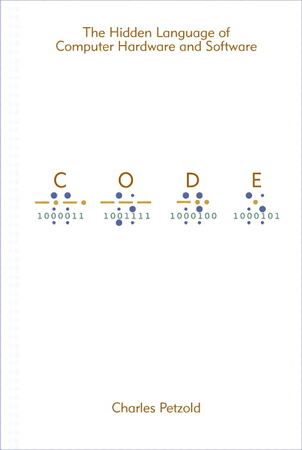 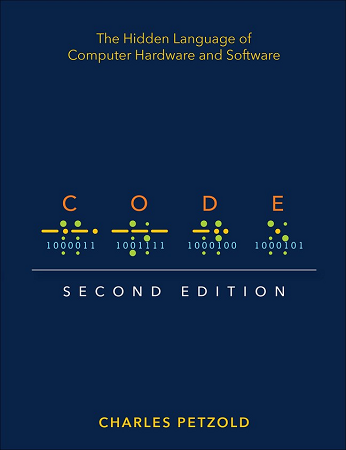 My intent in the 2nd edition is the same as the 1st edition: I start with very simple concepts but slowly build to a very deep understanding of the workings of digital computers. Through this steady progression up the hill of knowledge, I employ a minimum of metaphors, analogies, and silly illustrations, and instead use the language and symbols of the actual engineers who design and build computers.

Because Code uses old technologies to illuminate the workings of digital computers, in one sense the book didn’t need to be “updated” in any way. However, the 1st edition was originally published in 1999 and it was definitely showing its age. I began revising the book in January 2021, and in the process, the 2nd edition came out to be about 70 pages longer than the 1st edition. I’ll discuss the differences between the two editions in detail in a future blog entry. The short explanation is that I go much deeper into the workings of a CPU using the Intel 8080 as a simple example. I hope this provides a more illuminating glimpse into the subtle and intimate connection between software and hardware.

I’ve also been building a companion website for the book called CodeHiddenLanguage.com. This will consist mostly of interactive graphical illustrations of some of the key circuits in the book. The website is not finished, but you can explore what I’ve done so far to get a little taste.

New CRISPR-based map ties every human gene to its function

Russia Ukraine war LIVE updates: Putin says Russia has destroyed US weapons in Ukraine by the dozen – Times of India