How fast SSDs slow to a crawl: thermal throttling (2021)

Fast compact external SSDs have one major drawback: because they rely on passive cooling, they tend to get warm in use. As a result, their firmware should slow transfer rates in order to prevent them from getting too hot – what’s known as thermal throttling. This article shows this happening during benchmarking a Samsung X5 SSD, connected to an Apple M1 Mac mini via Thunderbolt 3.

Thermal throttling should only ever be likely when writing to the SSD. In this example, I used my free utility Stibium to write a series of 96 files ranging in size from 2 MB to 2 GB, fixed sizes but in a randomised order. The test completed in a total write time of 24.4 seconds. Average transfer rate was 1.6 GB/s, but the more representative 20% trimmed mean (which excludes most outliers) was higher at 1.8 GB/s. The overall range in transfer rates was extremely wide, from 100 MB/s to 2.4 GB/s, which is typical of a fast SSD when it undergoes throttling. 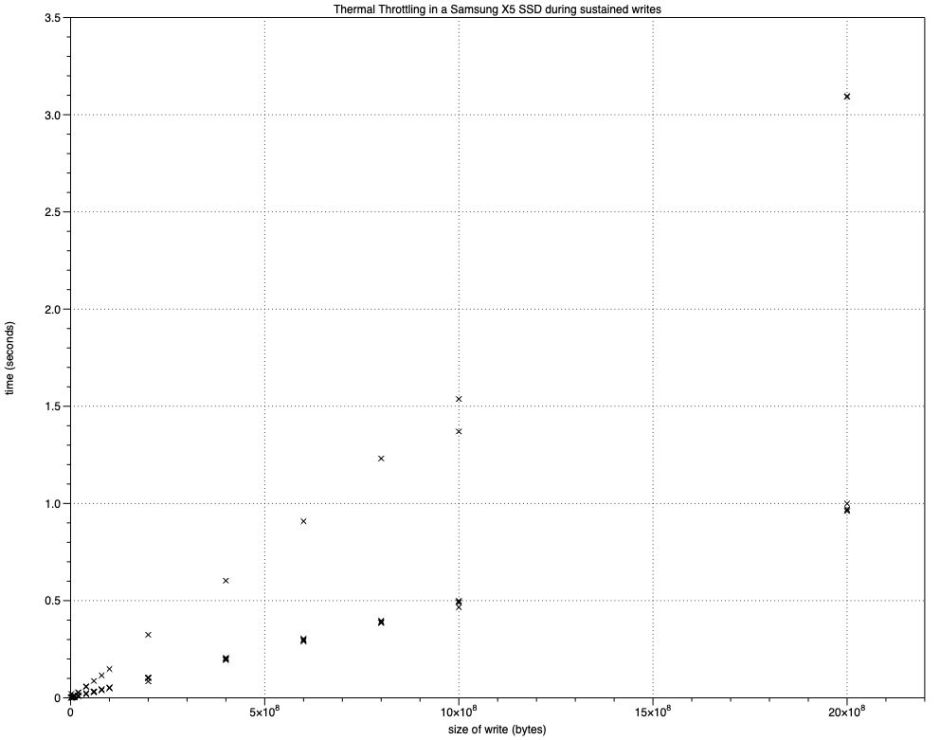 Looking first at the time taken to write each of the 96 individual tests plotted against file size, there are two quite distinct linear relationships: most of the results are on the lower of the two linear trends, which shows an overall transfer rate of around 2 GB/s, with a smaller set on the upper line, with a transfer rate of slightly less than 700 MB/s. The latter results are those obtained when the SSD had throttled writes because it had become too hot to continue at full speed. 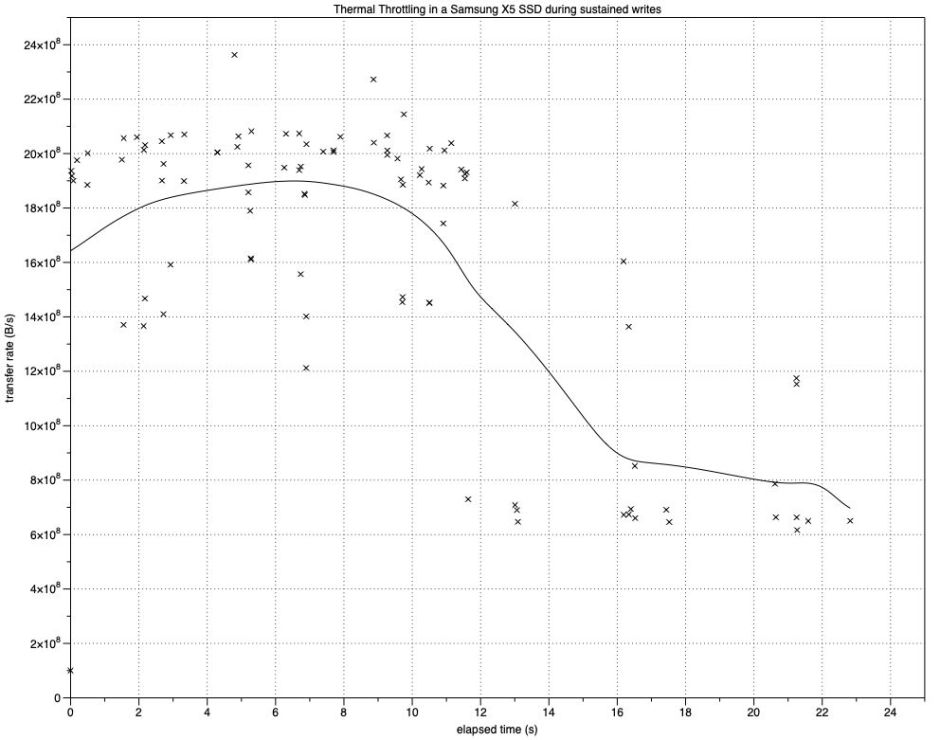 Throttling occurred late during the test sequence. This chart shows transfer rates achieved during each individual write test (total 96) according to the total elapsed write time when that test started. During the first 11.6 seconds of writing, transfer rates remained fairly steady at about 2 GB/s, with the lowest at 1.2 GB/s. Suddenly, after 11.6 seconds had elapsed, rates fell to around 670 MB/s, following which only five writes reached more than 1 GB/s.

In this and the chart below, the curve shown is fitted using LOESS. 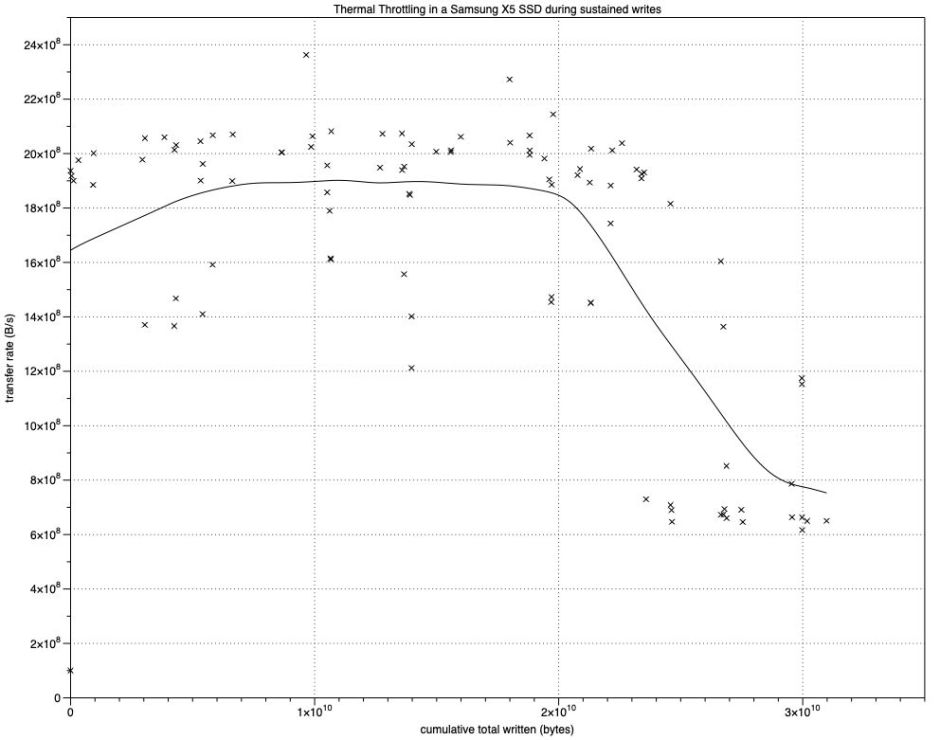 This last chart shows transfer rates according to the total amount of data that had been written at that stage of the tests. There’s inevitably an identical pattern, with throttling occurring after a cumulative total of 24 GB had been written.

Fast compact external SSDs can be a great boon, and deliver performance almost as good as the internal SSDs in recent Macs. But because they rely on passive cooling, they are subject to thermal throttling which can turn their sparkling performance into something little better than a far cheaper SATA/USB-C model. What’s particularly unfortunate about this is that it’s most likely to occur when the SSD is being worked hard, which is precisely the time when the user wants highest performance. If your software doesn’t work the disk hard, then thermal throttling is least likely to occur, but that’s when its impact on performance would be least unacceptable.

In this case, it’s not a question of whether you can have a free lunch, more the point that even expensive lunches aren’t a good answer. To avoid thermal throttling, you’ll either have to pay Apple more for larger internal storage, or spend more on an actively cooled case for an expensive external SSD.

The Future of Syria

Introduction to Compilers and Language Design

What software engineers can learn from the rapid collapse of Fast

Neural Networks Can Use Software Tools in Response to User Commands